Simpsons Motorsport is today in sight of victory in the Britcar Endurance Championship 2021.

On the eve of the final race in the six month series, the Lamborghini Huracán GT3 driven by French driver Franck Pelle sits near the top of the leaderboard and could seal victory at the Donington Park event this weekend.

Regular Britcar competitors Simpsons prepared the potential championship winning car for each of the six races in the series, carrying out pre and post race repairs and servicing, and fine tuning all performance elements to keep the vehicle in peak condition and ahead of the following pack.

From the first race at Silverstone back in April, the Lamborghini Huracán GT3 (Spanish for hurricane) has, indeed, taken the famous tracks and returning sports crowds by storm.

The fact Pelle could be heading for overall victor is testament to the Simpsons team’s unrivalled attention to detail, drive for perception and determination to improve after each race, building on data captured during each race, every practice session and in the garage.

The Britcar Endurance Championship is at the forefront of British motorsport with capacity grids proving how popular the event remains in the annual sporting calendar.

Thanks to our engineers’ expertise working with the best quality instruments and tools, championship victory is now within our grasp for the Lamborghini Huracán GT3, a model first raced just seven years ago.

Hours of patient preparation, tweaks to suspension, steering and the overall handling of the vehicle working in close co-operation with the driver, appear set to pay dividends.

Huge crowds will gather at the Britcar Endurance Championships season ending race at the famous Leicestershire circuit at the weekend.

And while the outcome might be as yet undecided, one thing is guaranteed – an action-packed weekend of nailbiting racing with the best drivers and vehicles in the sport battling it out for the top prize…watched anxiously by engineers knowing the result is out of their hands now.

But whatever the final placings, we know that Simpson Motorsport’s team put in a winning performance throughout the series and victory is nothing less than they deserve thanks to their sheer effort and determination to prepare the best possible car for the track. 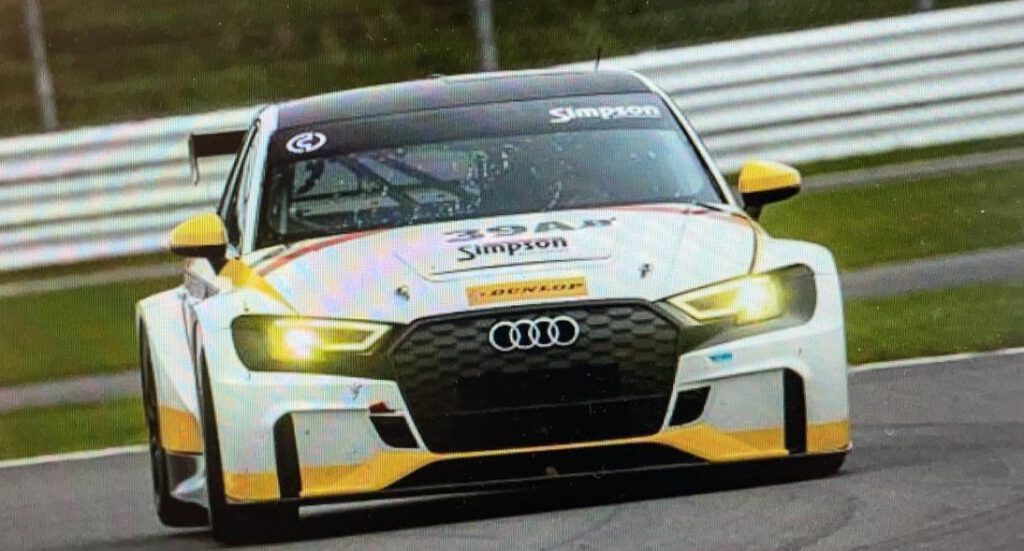 Unit 144c Lydney Industrial Estate, Harbour Road, Lydney, Gloucestershire GL15 4EJ UK
We use cookies on our website to give you the most relevant experience by remembering your preferences and repeat visits. By clicking “Accept All”, you consent to the use of ALL the cookies. However, you may visit "Cookie Settings" to provide a controlled consent.
Cookie SettingsAccept All
Manage consent

This website uses cookies to improve your experience while you navigate through the website. Out of these, the cookies that are categorized as necessary are stored on your browser as they are essential for the working of basic functionalities of the website. We also use third-party cookies that help us analyze and understand how you use this website. These cookies will be stored in your browser only with your consent. You also have the option to opt-out of these cookies. But opting out of some of these cookies may affect your browsing experience.
Necessary Always Enabled
Necessary cookies are absolutely essential for the website to function properly. These cookies ensure basic functionalities and security features of the website, anonymously.
Functional
Functional cookies help to perform certain functionalities like sharing the content of the website on social media platforms, collect feedbacks, and other third-party features.
Performance
Performance cookies are used to understand and analyze the key performance indexes of the website which helps in delivering a better user experience for the visitors.
Analytics
Analytical cookies are used to understand how visitors interact with the website. These cookies help provide information on metrics the number of visitors, bounce rate, traffic source, etc.
Advertisement
Advertisement cookies are used to provide visitors with relevant ads and marketing campaigns. These cookies track visitors across websites and collect information to provide customized ads.
Others
Other uncategorized cookies are those that are being analyzed and have not been classified into a category as yet.
SAVE & ACCEPT